4 Ways to Engage Girls in STEM 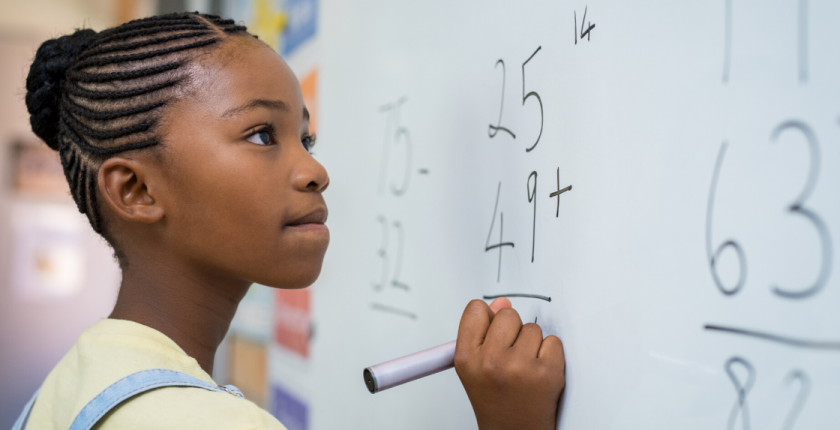 Though their stories often don’t make the headlines (or the textbooks), women have been responsible for some of the biggest achievements in the history of STEM, despite the odds. Grace Hopper was a pioneer in computer programming; Radia Perlman is often referred to as the “Mother of the Internet”; Barbara McClintock won a Nobel Prize for her work in genetics, and Katherine Johnson, an African-American woman, calculated the trajectories for some of NASA’s biggest missions.

It doesn’t take much digging to uncover these triumphs, so why do we still have such a gender gap? Experts point to a number of factors. Myths about girls’ abilities in STEM and male-dominated science industries with glass ceilings are two of the biggest. The good news is these obstacles are surmountable; significant strides have been made in other industries and in other countries. Here are a few simple ways we can empower the next generation to overcome these hurdles.

Girls in school and educational programs are often funneled away from STEM activities. The message can be insidiously subtle at times, but young women are hearing it loud and clear, and this message can make it more difficult for girls to gain confidence. The best way to combat that? Let them get their hands dirty — give them chances for real-world, hands-on experiences in science and technology. Once they try it, they can start to imagine themselves in these roles.

STEM-learning environments often tend to favor qualities like being assertive, competitive and goal-oriented. While there can be value in those qualities, creating environments that emphasize collaboration and focus on exploring interests can do more to encourage learning, spur curiosity and build confidence for both men and women.

Rather than framing it as winners and losers and judging output, participants can lift each other up and form nurturing partnerships that lead to strengthening their skills through teamwork. This type of partnership among colleagues also better supports more equality and cooperation in the workplace.

Women in STEM face a tide of cultural expectations and it starts at an early age. Statistics show that girls start to lose interest in STEM as early as 2nd or 3rd grade thanks to social pressures and gender behavioral norms that start to become more pronounced at that age. These forces can be discouraging and they’re usually enough to make a girl put her microscope or calculator back on the shelf.

That’s where a simple bit of praise and encouragement can go a long way toward stemming this tide of societal influences. A “good job” from the right person might be all it takes to overcome the insecurity a girl might be feeling about pursuing math or science.

Role models and mentors provide a clear blueprint that says, “This is possible!” Thankfully, there are lots of women role models in STEM to choose from. Their visibility isn’t always great, but that’s where we can step in as parents, educators and encouragers. The more we celebrate these pioneers at home and in schools, the easier it will be for girls to forge their own paths in science, technology, engineering and math.

The team at Study.com recently developed a comprehensive college and career guide for women in STEM to inform students about critical information regarding their college education and career choices to help set them up for success. Click below to get the guide, FREE!