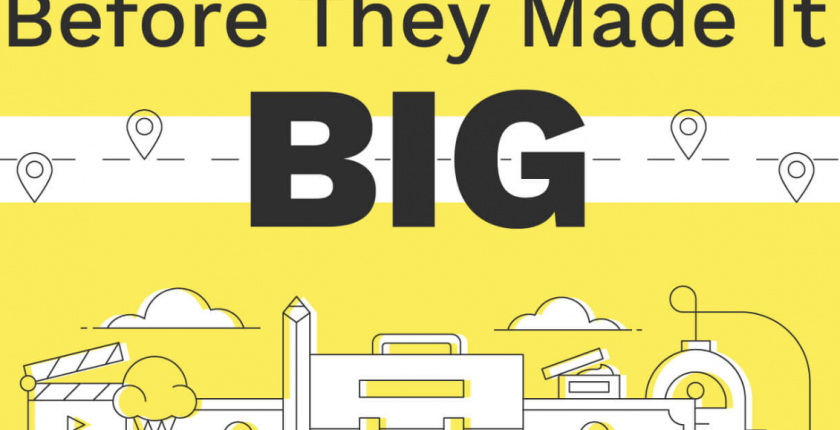 Years before co-founder and CEO of Netflix, Reed Hastings achieved success, he was a door-to-door vacuum salesman with a high-school diploma. He eventually ended up getting his bachelor’s degree but instead of entering the workforce, he decided to join the Peace Corps before returning and starting his career in computer science. While Hastings was knocking on doors and volunteering, he could have never known that he would eventually become the CEO of one of the most successful companies in the 21st century. Like Hastings, so many other high-achieving people have had career paths that were full of setbacks and unforeseeable twists and turns.

If you are frustrated about where you are in your journey or wish you were on a different path altogether, find some inspiration from the rocky starts that many of the world’s most successful people have experienced. Resume-Now created this visual that highlights the career highs and lows of famous people like Barack Obama and Jeff Bezos. These successful people had many challenges they had to overcome before they achieved greatness. Whether your career is just beginning or you are right in the middle, use these stories to find the motivation to keep pushing. Something incredible could be just a few steps away.