Career In STEM > Blog > Careers and CTE > The state of STEM

The state of STEM 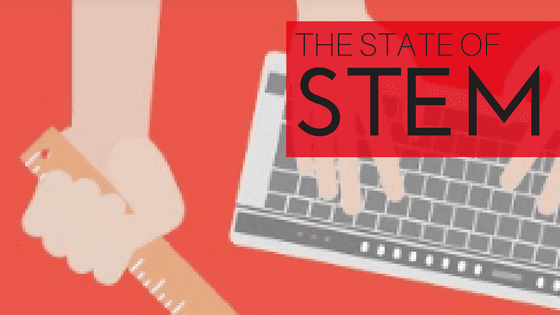 In a recent survey of 1,000 middle and high school students, it was found that interest in STEM and confidence in STEM skills fade as students get older. Researchers also found that “most students do not associate STEM with mainstream brands, haven’t asked anyone about STEM jobs, and agreed that if they knew how STEM skills relate to real jobs, they’d find courses more interesting” (NSTA Reports, Oct 2017).

Students surveyed were unaware of many STEM careers, at precisely the time when there is a severe national shortage of STEM workers. As examples, almost half (49%) of students who took part in the study said they don’t know what kind of math jobs exist, and 76 percent reported a lack of understanding about what engineers do. While students were able to associate STEM with brands such as NASA, few were a associate them with mainstream consumer brands like Instagram (40%) and Coca-Cola (26%)

Acoording to Alan Stulasky, Chief Digital Officer for Randstand North America, the firm that conducted the study, “[y]oung people are self-selecting out of higher STEM education classes because they can’t see how these skills apply to different professions…It’s…a serious economic problem.” Stulasky calls for a ‘rebranding’ of STEM, in which STEM is made ‘cool’, relevant, and accessible to students.

Luckily, major corporations and the federal government are responding to the call, and support for STEM education is increasingly widespread. As examples, tech giant Google recently announced $1 billion in grants to train US workers for high tech jobs, and the Trump Administration has committed to spend $200 million a year on grants that promote science, technology, engineering and math education.

Now more than ever, STEM is playing a huge role in the vitality of our economy. Build a strong STEM pipeline with the Career In STEM Explorer!